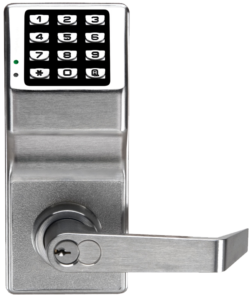 To ensure the safety of your child, the teachers will not release he or she to anyone other than a parent/guardian. No child will be able to go home with another person unless it has been instructed in writing and proper identification is shown at time of pickup. Remember to keep us current on telephone numbers where you can be reached in case of an emergency.

Security has never been a problem at NF Bright Beginnings. Nonetheless, taking a proactive stand for the safety of all, we have installed a new state-of-the-art security system at our facility that allows us to monitor all classroom entrances and exits and the playground from the center office.

As a part of this new security system, all doors from the lobby into the center will be locked at all times. Parents will be issued a personal security code number – a number used only by you and your designated pick-up persons to gain access to NF Bright Beginnings.

There is an occasional request for student phone numbers and addresses. We respect your right to privacy and have established a policy of not releasing this information unless a signed release form has been completed and is on file in the center office.
For the health and well-being of all the children, it is mandatory that sick children not be brought to school. If your child has had any of the following symptoms during the night, he or she will not be admitted the following morning for the safety of the other children. 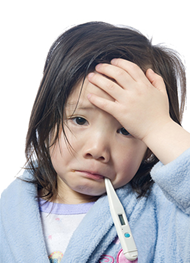 The center’s established policy for an ill child’s return:

Medications are administered by the nurse or by authorized staff members who have completed a medicine administration class.

If a child becomes ill during the day, we will notify the parent to have the child picked up as quickly as possible. Only parents or a person listed as an emergency contact will be allowed to pick up the child.